The Kashgar Chini Bagh Hotel has an interesting location not just geographically, but also historically.

Geographically, the Chini Bagh is a simple walk away from a part of the Kashgar Old City as well as the famous Id Kah Mosque. It’s also close to the international bus station and right next to the road that leads to the airport (although you’d need to take a taxi to get out there).

Historically, the hotel is located on the grounds of the old British Consulate (1901-1951) and you can still see the old building in the back. It was here that some of the most interesting parts of the Great Game were played out (read more in the excellent book Foreign Devils on the Silk Road).

The Kashgar Chini Bagh Hotel (also known as the Qinibagh Hotel) is well-known among travelers mostly because it offers both standard hotel rooms as well as cheaper hostel-like lodging.

The primary building, the tall one you can see from the road, has a well-decorated interior that befits a 3-star hotel here in Xinjiang. It’s not grand but it’s comfortable.

The area surrounding the hotel is great to walk, which is one of its distinct advantages. It’s also home to the historic British Consulate which is interesting to look at even though it’s no longer in use. 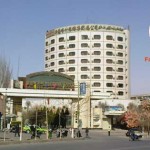 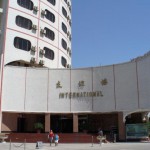 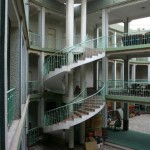 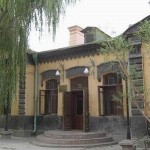 As I stated above, the Chini Bagh Hotel in Xinjiang offers both 3-star accommodations and hostel room options. The latter is further back behind the tall hotel building and is a 3-story open courtyard design which is pretty fun.

Standard rooms are the typical Chinese rooms with a TV, twin beds and a clean bathroom. The hostel rooms are not quite as nice but provide a great value for those who want to save money. 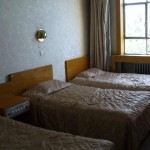 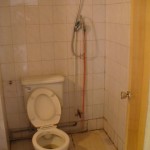 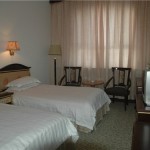 –>Check rates and availability for the Chini Bagh Hotel<–

Other hotel options in Kashgar ▸

Kashgar, once a famous stop on the ancient Silk Road, has now become the center of Central Asian trade and the westernmost city of China.

Although the city has experienced much change over the past decade, it is still possible to walk back in time through mud alleys in the Kashgar Old City or hear the calls to prayer from the yellow minarets of the Id Kah Mosque.

Kashgar is accessible via air from the Kashgar International Airport in the north of town, via train at the Kashgar Train Station to the east of town and via bus which enters further into downtown.

If you’re planning to spend a few days here – which you should! – you might want to dig deeper with the FarWestChina Kashgar City Guide.

Worth Seeing in Kashgar