Turpan China At a Glance

Located in the Turpan Depression, the lowest part of China and the second lowest in all the world, Turpan, China (sometimes referred to as Turfan) is known for having one of the sunniest and driest climates. It’s one of the reasons that Turpan grapes are so well-regarded across all of China. More than climates and grapes, though, Turpan is known as an ancient capital along the Silk Road. Beautiful remnants of Turpan’s former glory such as Jiaohe and Gaochang provide an incredible glimpse into the history of the region and an excellent adventure for tourists.

Turpan is one of the few cities in Xinjiang that can boast a population that is majority Uyghur, a big draw for many tourist. Their cultural influence is apparent in the food, night life and architecture of Turpan. Even their historical footprint can be seen in the incredible construction of the Uyghur karez well system, an engineering feat that is single-handedly responsible for keeping Turpan watered and alive.

Getting to and from Turpan is fairly easy. While an airport is available for use, the flights are infrequent and honestly quite unnecessary. The best way to travel to Turpan is to take Xinjiang’s new high speed train. It’s the same price as the buses and much faster and convenient. The train station is located a short 10 minute taxi ride from the center of Turpan. 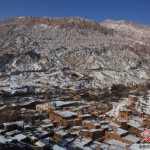 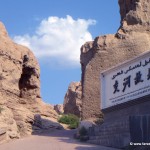 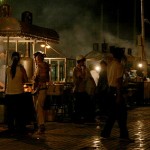 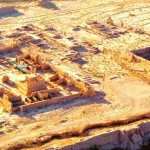 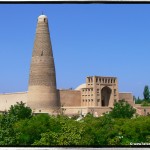 Although an airport exists in Turpan, it’s really only used as a backup airport for Urumqi when the weather is bad. There are a number of great flights to Turpan from outside Xinjiang (i.e. Chengdu, Xi’an, Beijing, etc.). However, if you’re coming from inside the region, it’s best to just take a train.

For all other flights within Xinjiang, a number of flights exist to get you where you need to go. Check schedules and pricing using the link below: Taking the Train to Turpan

Turpan has two train stations: the old Turpan station (吐鲁番站) and the new Turpan North (吐鲁番北). The old station is where all the slow trains go and is a good distance from the city center. You’ll require at least 45 minutes in a taxi to get to or from the station. If you’re headed to Kashgar or further beyond Lanzhou to the east, you’ll have to use this station but if you can avoid it…do!

The new Turpan North station is a beautiful new station that services all the high speed trains that run from Urumqi to Lanzhou. This station is much closer to the city and even has a city bus that stops here. If possible, this is the better station to arrive or depart from in Turpan.