What Really Happened in the Hotan Riots?

For those of you that keep up with current events in Xinjiang and the deadly riots in Hotan (a.k.a. Khotan), I want to extend an apology for the ill timing of last week’s post entitled The Many Ways to Travel to Hotan. Obviously the sad news of the riots in Hotan have not only claimed the lives of many people, it has also made traveling there impossible for the time being.

Because I maintain a full-time job during the week, I usually write any articles the weekend before and schedule them to publish throughout the week. Such was the case here, where the travel article was written a few days before the deadly riots and was completely forgotten. To those whom this might have offended…I apologize.

What Happened in Hotan?

If you don’t keep up with Xinjiang news, let me catch you up on what happened last week. On Monday, July 18th 2011, a deadly clash between Uyghur civilians and Chinese police has left at least 18 people dead. According to Chinese reports this includes 2 policemen, 2 hostages and 14 Uyghur.

Chinese media claims that this was a “long-planned, unprovoked, terrorist attack” whereas Uyghur organizations insist that about 100 locals had “peacefully gathered to protest a police crackdown imposed on the city for the last two weeks”.

Police forces have placed checkpoints along the roads leading in and out of Hotan and have completely barricaded the area where this incident occurred so that no independent sources can verify either of these claims.

Where Exactly Did This Happen?

One of the usually fun places to visit in Hotan is an area known as the “Grand Bazaar” or 大巴扎 (dabaza). It is here where you can buy Uyghur trinkets, cloths, clothes, and some tasty Uyghur food.
Error, group does not exist! Check your syntax! (ID: 4)
About 200 yards to the southeast there is a police station guarded by a gate. Contrary to what you read in Xinhua or China Daily, this station isn’t in the “heart of the Grand Bazaar”, its a little ways south.

See below for a map of where all this took place or see this link on Google’s China Maps.

What’s interesting are the discrepancies in the reporting and the strange trends that I’ve noticed. Check this out: 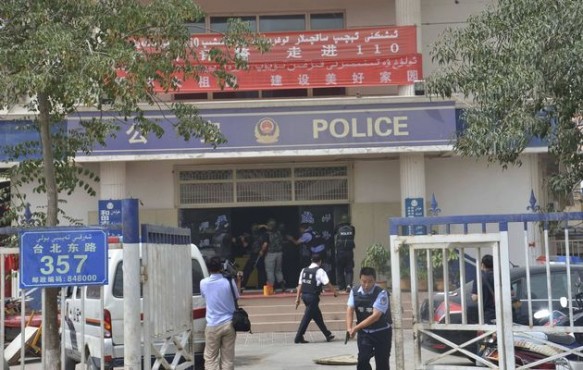 Compare with the China Daily picture

It took a few days, but China has finally released a few pictures of the incident, a few of which you can see below: 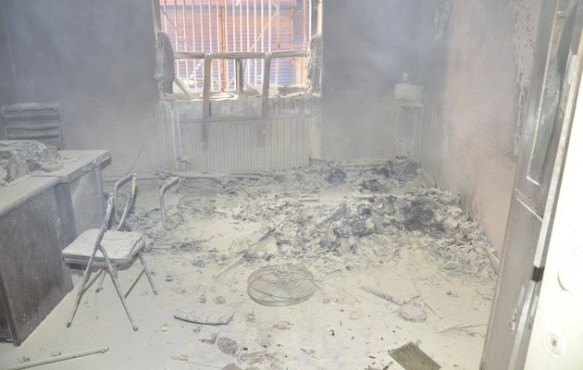 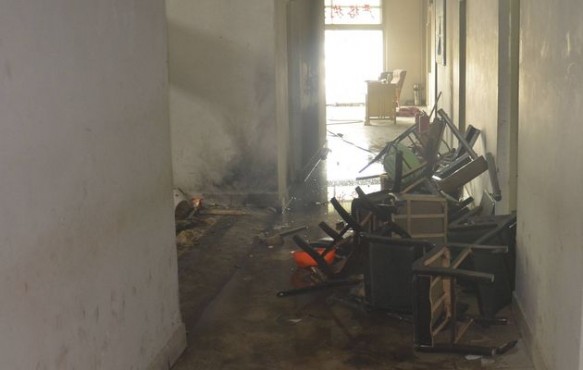 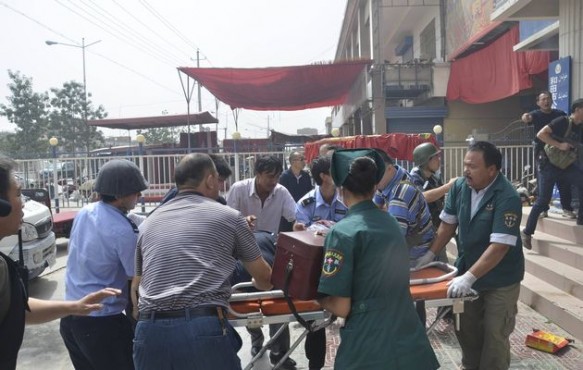